BAPETEN is here to protect the community from nuclear radiation 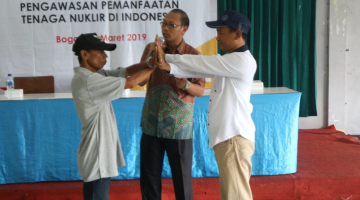 It cannot be denied that nuclear energy does provide many benefits, but the risks and dangers are also great. Therefore according to the mandate of Law No. 10 of 1997 concerning nuclear energy, BAPETEN is ready to supervise all nuclear utilization in Indonesia, and protect workers, society and environment. It was stated by Abdul Qohhar, at the Science and Technology Dissemination for the Supervision of Nuclear Energy Utilization, in Bogor (23/03/2019).

The event which was held in collaboration between BAPETEN and the House of Representatives Commission VII was attended by approximately 120 people, aimed in providing information about BAPETEN to the community so that the correct awareness and perception of nuclear was formed, both in terms of utilization and supervision by BAPETEN. 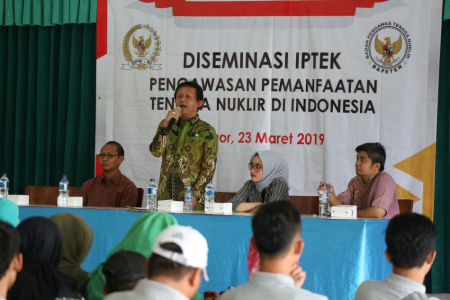 Represent the House of Representatives (DPR) Commission VII, H. Joko Purwanto stated that such activities is a part of the collaboration between Commission VII and its partners. "The DPR carries out its function as a supervisory institution, in addition to its function as a budgeting and legislation. While for BAPETEN as a government institution, it is an obligation to socialize about nuclear and its supervision which becomes BAPETEN main tasks and functions, "he said. 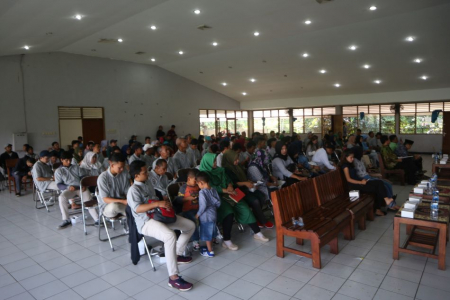 Joko further said that BAPETEN has an extraordinary task to keep nuclear technology utilization from harming the community, "If the use of nuclear is misused, it will be dangerous, because BAPETEN must be present to monitor its utilization," he said excitedly. On this occasion Abdul Qohhar explained to participants about the use of nuclear power in various fields, both health, industry, food and also research. Even what makes participants confused and surprised is that in our environment there are many foods and ingredients containing nuclear "Building materials such as asbestos and tiles contain nuclear materials, while for types of foods containing nuclear are carrots, bananas and coffee, but these ingredients and food are not dangerous, so the value is very small," he explained. 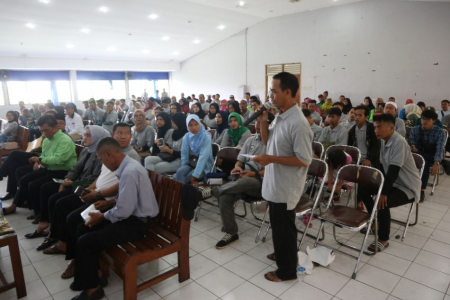 Another case if the radiation is emitted by radioactive materials used in the fields of health, industry and research, whose radiation values are hundreds times or even thousands of times more than radiation in nature, it will be dangerous if it’s not supervised for its use. "Therefore, as stated by Mr. Joko, BAPETEN is present to protect the community and the environment from the dangers of nuclear radiation," Qohhar added. 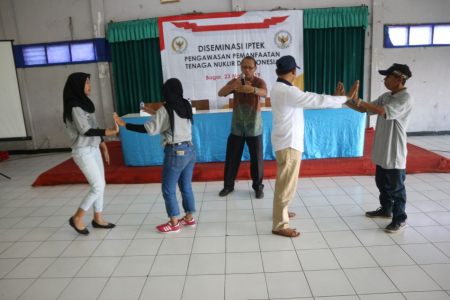 Not to forget the simulation of the effects that occur on the human body due to radiation. Chromosomes in the cells of the body will be damaged and even cell mutations can occur and cause serious health problems in someone who is exposed to nuclear radiation. 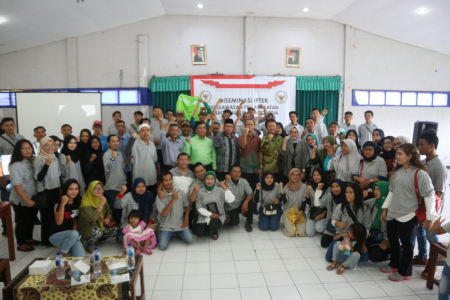 There was a lot of excitement on the faces of the participants after taking part in this event, because they understood what nuclear was, the benefits and the bad effects it caused, and finally the event was closed with a group photo session. (bhkkp / bsb / tjs] 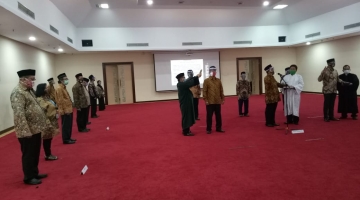 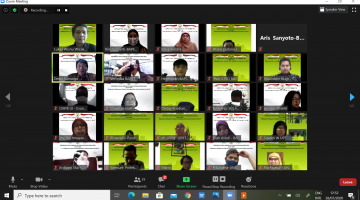