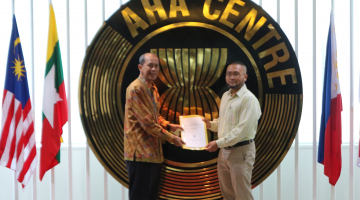 AHA Center is an inter-governmental organization that aims to facilitate cooperation and coordination between ASEAN member countries and other international organizations related to disaster management in the ASEAN region.

So far, the AHA Center has become a coordination center for handling natural disasters in the Asean region. BAPETEN as a member of ASENTOM hopes to cooperate with AHA Center in handling nuclear radiological disaster. 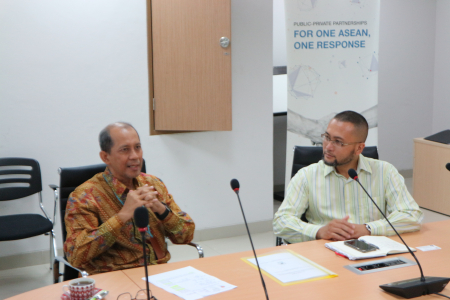 On this occasion, Dudit, the nick name’s for Hendriyanto, explained about the use of nuclear energy which is expanding not only in the field of research, but also in the fields of health and industry. In the energy sector, although nuclear power plants have not been built in the Asean region, but in other countries that are close to Asean such as Korea and Japan; nuclear power plants have been operated for a long time, of course this creates potential hazards at the regional level.

Therefore ASEANTOM was formed, namely the ASEAN Network of Regulatory Bodies on Atomic Energy, which is a forum for nuclear regulatory bodies in the Asean region that was established in 2014. Although it has received fully support from the IAEA, the European Union and other international organizations, ASEANTOM's presence is still limited to a forum, and there is no disaster management center related to nuclear at the ASEAN level. Refers to that situation, BAPETEN as a member of ASEANTOM pioneered collaboration with the AHA Center. 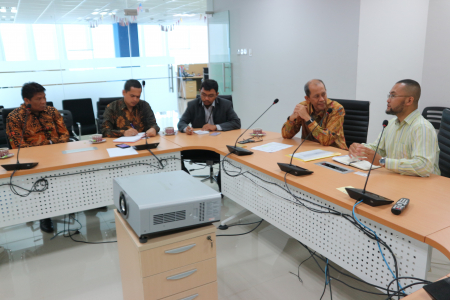 Through this visit, Dudit also submit the cooperation draft between Aseantom and AHA Center to Janggam Adhityawarma, the Assistant Director Operations Prepardness and Response.

According to Janggam, the submission of cooperation between ASEANTOM and the AHA Center was submitted first through the ASEAN Secretariat, which will be discussed at the ASEAN Working Group forum.

Furthermore, Janggam said that cooperation between the AHA Center and ASEANTOM is very possible to be followed up, "However, as the first step, it can be started in exchanging the information between Bapeten and AHA Center.” he said. 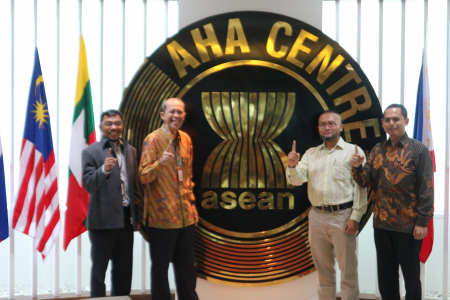 Hopefully in the future, the collaboration of ASEANTOM and AHA Center can be reached in "One Region One Response"(bhkk/bam). 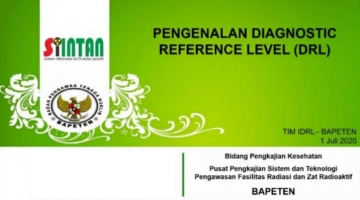 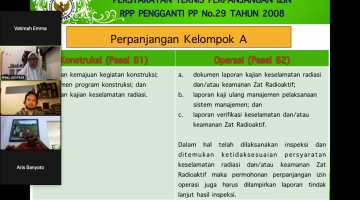 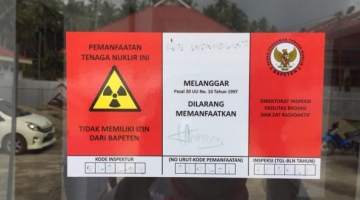 Virtual Plenary Meeting of Government Regulation Revision No. 29 of 2008